What is Forensic Serology? 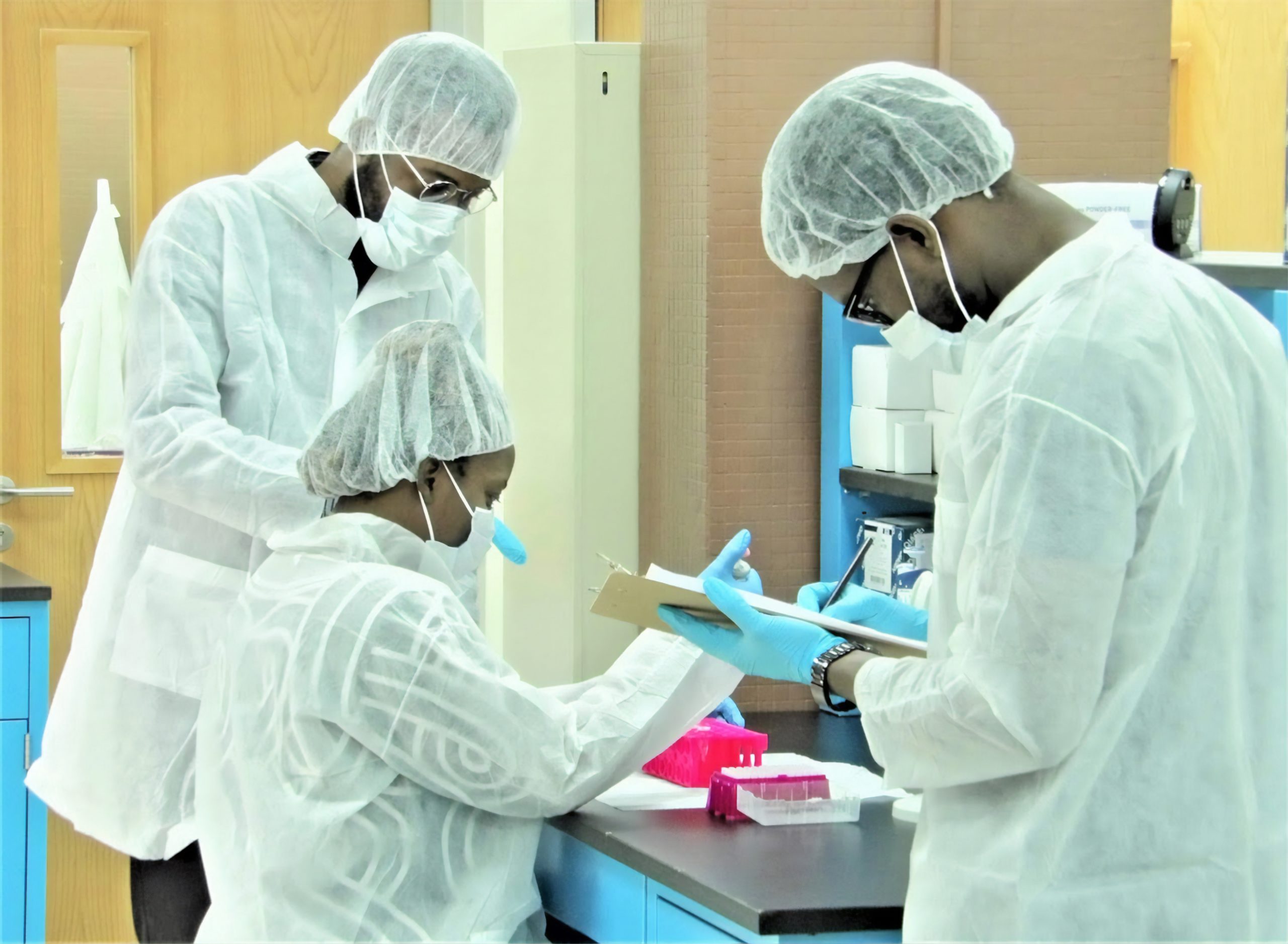 There is a wide array of serological testing methods at the disposal of a forensic serologist, including but not limited to the following:

Alternate Light Source (ALS):  This is a presumptive test that enhances the visualization of stains not readily apparent to the naked eye, facilitating the location and collection of such stains on evidence.  The technology uses light emitted at a controlled range of wavelengths to improve the contrast of stains against a background.  Alternate light sources that emit UV light in a range of wavelengths of 400-700 nanometers within the electromagnetic spectrum, cause multiple types of stains to be visualized through fluorescence.  Such items include hairs, fibers, fingerprints, and biological fluids (semen, saliva, and urine).  Under UV light, biological materials fluoresce, making it visible to the serologist to allow collection of the sample.  Blood is a unique substance in that it is the only bodily fluid that does not fluoresce.  Blood will darken to enhance its contrast at infrared wavelengths above 700 nanometers, allowing the visualization and collection of the sample.

Phenolphthalein or the Kastle-Meyer test:  This is a presumptive test used to indicate the presence of blood.  This is a catalytic test that detects the hemoglobin group in blood.  It is a two-step colorimetric test wherein the phenolphthalein reagent is added to the stain in question followed by hydrogen peroxide.  A pink color develops with a positive result.  At this stage, the serologist can state that blood is indicated, however cannot state with scientific certainty if it is human vs. animal blood or a false positive result.

Luminol:  This is a presumptive test used to detect trace amounts of blood.  Luminol is a catalytic test that reacts with the iron in hemoglobin and exhibits chemiluminescence indicating the presence of blood. This technique is very sensitive, and it can be used to detect trace amounts of blood even when attempts have been made to clean the blood evidence. Although the test can produce false positive results since the reagents also react with metals and chemicals, present in bleach and some household cleaners, Luminol is still a reliable presumptive test in crime scene investigation because;

2) bleach and household cleaners used to clean floors evaporate after about 8h; which means they will not contribute to the chemiluminescence detected if Luminol is sprayed after 8h of cleaning the crime scene with bleach.

ABA Hematrace Card:  This is a confirmatory test used to identify the presence of human blood.  This test is used to identify human glycophorin A that is present in human blood.  This ABA Hematrace card functions similarly to a pregnancy test in that an antigen-antibody complex will form at the test site, developing a colored line with a positive result.

Acid Phosphatase test:  This is a presumptive test used to indicate the presence of seminal fluid.  This test detects the presence of an enzyme called acid phosphatase which is secreted from the prostate gland and hydrolyzes organic phosphates at an acidic PH.  This test is presumptive due to the fact that acid phosphatase can also be found in other bodily fluids.  This is a colorimetric test that develops a purple color with a positive result allowing the serologist to state that seminal fluid is indicated.  It is important to note that it cannot be determined if it is acid phosphatase secreted by the male prostate gland vs. other bodily fluids.  Acid phosphatase is present in seminal fluid in an extremely high concentration, but can also be observed in bone, spleen, kidney, liver, intestine, as well as female vaginal fluid.  Because semen is a combination of seminal fluid and spermatozoa cells, if a man has undergone a vasectomy or is aspermiac due to a medical condition, he will have no sperm cells in his ejaculation but will still test positive for seminal fluid.

Microscopic Detection of Spermatozoa Cells:  This is a confirmatory test used to confirm the presence of sperm cells.  Cells from a stain of interest are deposited on a microscope slide and a staining method is employed to allow visualization of the cells.  The staining method used is called the Christmas Tree Stain using a Nuclear Fast Red staining kit which deposits a red and green stain on the microscope slide resulting in the absorption of the stain by the spermatozoa.  Upon microscopic visualization, the sperm heads absorb the red stain and will appear a bright red and the sperm tails absorb the green stain and will appear a bright green.  The DNA is in the nucleus of the sperm head of the cell and is the target for forensic DNA analysis.

P30 card:  This is a confirmatory test used to indicate the presence of semen.  This test can be used to identify the presence of prostate specific antigen produced by the prostate gland in males.  Some males may be aspermiac in that they don’t release sperm cells in their semen.  In addition, vasectomized males will not release sperm in their semen as well.  This test is used to identify the presence of semen even in the absence of sperm cells.  The p30 card functions similarly to a pregnancy test in that an antigen-antibody complex will form at the test site, developing a colored line with a positive result.