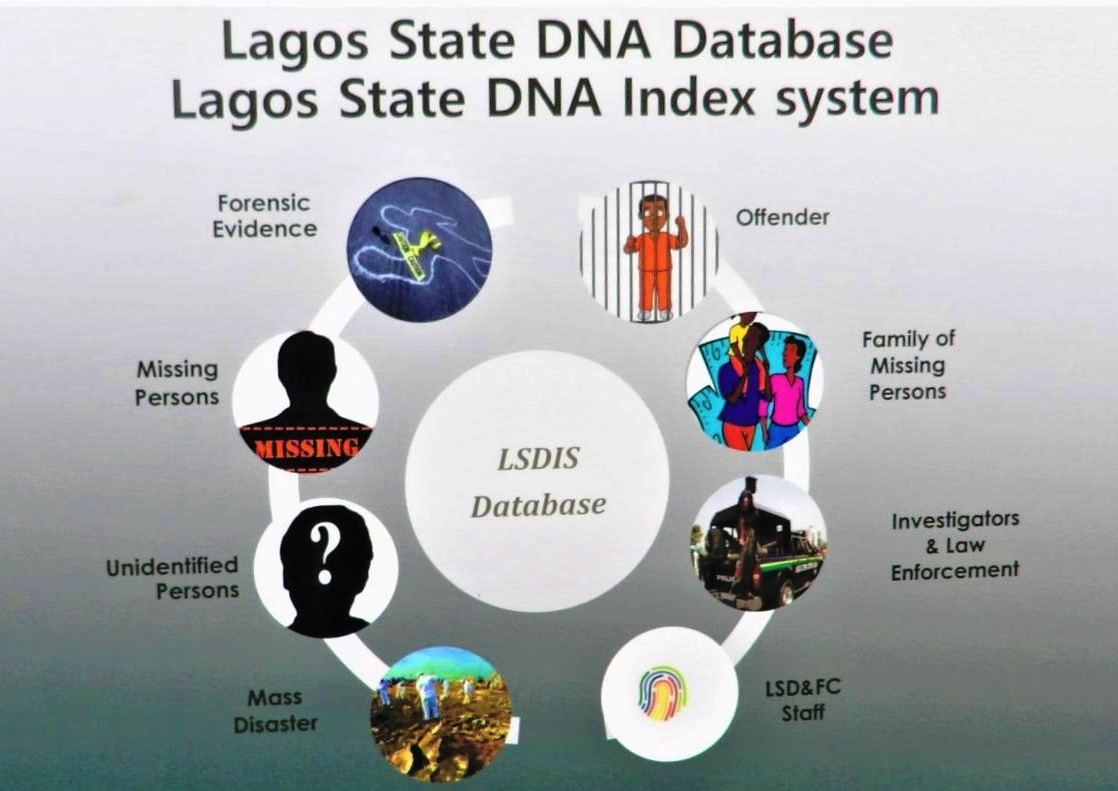 Lagos State DNA & Forensic Center (LSD&FC) is a not-for-profit Crime Laboratory established in 2017 by the Lagos State Government to enhance public safety and assist with criminal and civil investigations. LSD&FC is organized under the Lagos State Ministry of Justice as a public-private partnership. It is a dedicated crime laboratory specifically established to help fight crime and make Lagos a safe place to live, work, visit and play.

The city of Lagos is Nigeria’s most populated city, and Lagos State with a population of over 21 million is the largest economy in Nigeria. Lagos is the 7th fastest growing city in the world and alleged to be the 5th largest economy in Africa. As would be expected in many mega cities, different kinds of crime, including murder, kidnapping, extortion, carjack, assault, rape, armed mugging and burglary occur in Lagos.

The official commissioning of the Forensic DNA and Forensic Serology Section (Phase 1) was conducted by His Excellency Mr. Akinwunmi Ambode, the Governor of Lagos State on 27th of September 2017. His Excellency Mr. Babajide Sanwo-olu the current Governor of Lagos State is implementing Phase 2 of the program which concerns the development of the Forensic Toxicology and Forensic Chemistry disciplines, central administration, forensic science training laboratory and security enhancement. It is expected that the remaining core forensic disciplines will be established as needed between 2021 and 2025.

The main purpose of establishing LSD&FC is to make available modern scientific methods and expertise to investigators, law enforcement and the judiciary, to help solve crime and resolve disputes faster and unequivocally in Lagos State. It is expected that LSD&FC will help improve public safety by facilitating faster dispensation of justice in Lagos State.

On February 13, 2019 LSD&FC became an ISO 17025:2017 accredited laboratory through the American Association for Laboratory Accreditation (A2LA), USA. This was the culmination of a multi-month effort to document and demonstrate adherence to the highest levels of quality standards in forensic DNA, forensic serology, collection and handling of evidence, microscopic examination of evidence, statistical analysis, DNA database management and secure evidence storage.

LSD&FC has established strategic relationships with forensic laboratories and practitioners in Nigeria and abroad.